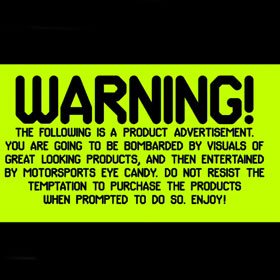 Ken Block, DC Shoes, Monster energy drinks, and the long list of other brands featured in this ad could not have been more blatant about what they were going to do. And they could not have been any smarter in how they did it. They used one of the most talented drivers out there to showcase a driving style few had even heard of before, Gymkhana. Then they added in slow motion, stunts, and a gag reel at the end to top it off. We are engrossed. Pardon me while I put on my DC Shoes to drive my Subaru home, but not before I stop for a Monster to quench my thirst.

Die Hard opens up the new year with a very creative ad starring Reggie Watts creating a music track and playing it live while lights flash in the background. The car battery is powering all of the devices on set and still starts at the end of the ad. While the car starting is the least impressive part of the ad, it certainly gets the point across in a very entertaining way. It must be difficult to try and sell batteries, but Die Hard found a fun way to showcase the power of their product in a creative way that we respect.