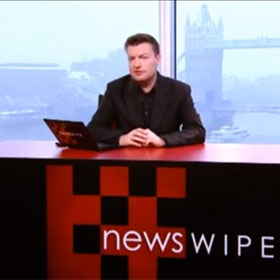 This BBC television host has something to say about the tired news format people are used to watching, and he says it in a very amusing way. This video was not made as a branded ad or even for the internet, instead it seems to have just gotten popular because the content itself is so viral. We love how frank this reporter is about everything and wish American television could get away with similar styles of news telling on network television.