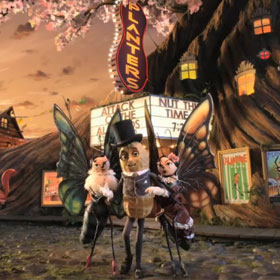 Planters peanuts released this solid viral but has received a disappointing amount of views. It is a clever ad with animation, humor, and RDJ as Mr. Peanut. The bullfighting Almond, Alejandro, looks like he could be a good repeat character to challenge Mr. Peanut for the female…butterfly like things (or whatever they are supposed to be) and nut superiority. However, unlike Mr. Peanut, Alejandro does not seem to be as viral as a monocle wearing peanut. It would still be interesting to see Planters try and come back with another viral that was a bit funnier to see if they could attain a bit more success online.

DirecTV looks to be taking a page out of the Old Spice handbook here, creating an absurd viral using a very prominent main character in some outlandish situations. The use of a tiny CGI giraffe is particularly viral, along with the phrase “I am epic win”, something oft said on the interwebs. Proof of their understanding of internet audiences is the +one million views this video has gathered since its release. Perhaps when (and if) they reach say, ten million views, they will give away mini giraffes to all of us.