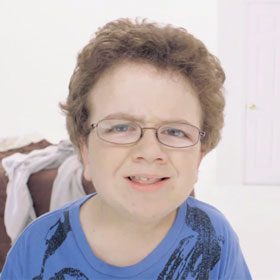 Smart Water has done some research on viral video and combined all of it into one super-mega attempt at producing a popular video. Smart Water must’ve paid a pretty penny for this video. With several celebrity endorsements, CGI, and high production value it was video that had a lot riding on its success. There isn’t much originality about this video, but it is comical to see viral called out and forced to look back in on itself.

It seems Cravendale, a milk company from the UK, believes that evolution will soon produce feline overlords who will dominate man with their opposable thumbs. While this is unlikely, the viral is still very successful, pulling in millions of views and proving yet again that cats are viral gold. Clever writing and ideas help this ad go further than just a simple cat-sploitation video, and the addition of Tim Curry doing the voice over is awesome.