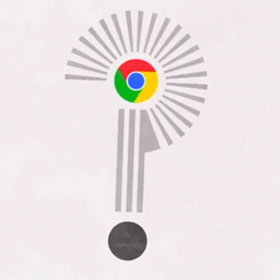 This particular viral is an ad for the new Google Chromebook which will have no operating system, but just a browser that people will work off of. It’s not a brand new idea, Microsoft has said in the past that they foresee a future without an OS, but Google is attempting to make it happen. When they finally release these Chromebooks the PC industry will surely have their eyes firmly glued to the success of this radical new platform. Until then we can sit and appreciate the simple graphic representation of the Chromebook which explains all its features while entertaining us.

Microsoft has released another questionable viral ad, and we aren’t the only ones raising our eyebrows at this ad. With 188 dislikes and 240 likes, this video isn’t resonating well with YouTubers either. Microsoft has been fighting a losing battle online against Google and Apple for some time now with online virals, turning into Apple’s punching bag with their Mac vs PC ads. Now Microsoft has attempted to take a stab at the dwindling PC market with this ad which features a woman who’s house is turned into a mini Best Buy and she comes home to start shopping for a new PC. What? So…do they change it back after they leave? Does she get to keep all the PC’s? And what does turning a house into a shopping mall have to do with buying a new PC? The ad is supposed to say that buying a new PC is easy. Going online and buying a PC is easy, building a room to look like a store front is the exact opposite. Come on Microsoft!

Google is on top again with its heartfelt “Dear Sophie” video which depicts the early years of a girl and her father who uses Google’s many features to document her life and give her the memories when she is older. This emotional viral has received well over a million views and continues Google’s dominating trend of viral videos. This is a great example of a video that viewers connect to emotionally rather than through humor.

The killing of Osama Bin Laden is still fresh in America’s mind, the perfect time to publish a video of a seat belt PSA. This particular video is so viral it hurts. With this video approaching three million views it is apparent this was perfect timing for such an ad. The video itself is pretty hilarious, featuring a masked Osama Bin Laden accidentally falling out of the helicopter into the ocean because he wasn’t buckled up. The “special forces” guys just kind of look at each other and make up an excuse over their radio, hilarious. It was a risky viral, but a very good one.