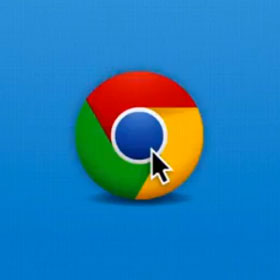 Lady Gaga is everywhere! Google is now picking up on her fan base and the combination of these two media titans won’t go unnoticed. Already this Gaga and Google Chrome video has surpassed the view count of the Zynga video below and our guess is it will continue to pile on the views for some time. This viral features several Gaga fans in YouTube videos dancing along to the music and reacting to different Lady Gaga clothing trends that she has started since her meteoric rise to fame. The viral is perfect for both Lady Gaga and Google because Gaga is shown in a tremendously positive light connecting directly to her fans and Google is facilitating the connection. The bottom line is, the combination of these two juggernauts guarantee’s a viral video.

This isn’t the first time we’ve seen a viral mattress ad but this time it’s courtesy of Sealy, a major brand in the mattress business. They stay safe in this 30 second ad that likely ran concurrently on television as well. It features several people jumping on spring beds and having a blast in slow motion to a spunky music track. Sealy has done a good job here of making a colorful ad that is short enough to keep the attention of viewers but good enough for them to be okay with it running for another thirty seconds to a minute.

Lady Gaga is fast becoming one of the most prolific pop artists of this generation and big brands are not ignoring her marketing potential. Zynga, creators of such games as Mafia Wars, Frontierville, and Cityville have created a new viral ad for Farmville, one of their most popular Facebook embedded games. The ad starts out very plain, showing off stereotypical farm hands talking about life before Gaga appeared. Then everything shifts and suddenly tractors are being bejeweled and typical farm clothing styles are drastically changed. The video goes on to promote a Lady Gaga themed Farmville called Gagaville. Even with Lady Gaga in the title this video has not attracted the view count we might have expected from such a well known celebrity, but perhaps if the product does well it will generate even more interest in the video.

Stride has taken a big risk here with such an edgy ad, and it has performed flawlessly. The hilarious, though nausea inducing ad is the perfect combination of humor and Fear Factor to incite a dialogue amongst it’s viewers (a key component of an ads virality). Orbitz is another company that has done some pretty risky commercial advertisements, but nothing quite with the wit and execution of this Stride ad. We would love to see them continue down this path of high quality, and comedic virals.

This video is has a pretty interesting commentary about how easily we give up information to the internet, yet not to strangers on the street, but in the end we are ultimately giving up that information to those random people anyway. The way these two hosts gather the information is pretty funny but the peoples information is by far the best part of this video. Set on the streets of a quiet downtown (exact location not listed) the two hosts have “Face”books which they log information in that people give them. This particular video isn’t for a brand or by a brand, but it does speak to the things people need to keep in mind as the internet continues to become ever more entangled in our lives.