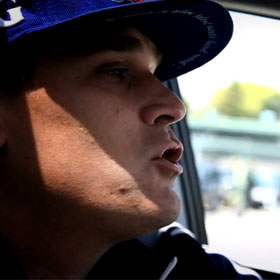 Seeing as we’re guys who create rap videos it’s only natural that we would like other guys that would create good rap videos. This particular song and music video is about Whole Foods. Anyone who has actually shopped at Whole Foods can appreciate this guys lyrics, especially “pay my 80 bucks for my six things and get the heck out”. Yea, the place is expensive, but if you haven’t experienced their hot food you’re missing out (it’s amazing). Regardless of price and quality, this Whole Foods rap is pretty good, and with a million views, we aren’t the only ones that think so. Now it’s time to wait and see if Safeway fans will answer back, or if Whole Foods and Wal-Mart are destined to be the only groceries that have fan songs made for them.

It may not be “cute laughing baby“, but this viral sure has some potential. It’s fairly obvious straight away that this is a CGI baby who’s motor skills are better than mine, but it’s ok, because this is the internet, where reality is suspended and lolz are the only score anyone counts. Rocksmith, the game that is being featured here, did a great job keeping the branding simple. It’s not quite guerrilla, but it’s no Microsoft viral either. One other interesting thing to note is that the man in the video is Dan Auerbach from the band Black Keys and the song being played in the video is called “I Got Mine”, also by the Black Keys. This video has piled on the views, reaching nearly two million at the time of this writing. It’s definitely struck a chord with internet audiences.