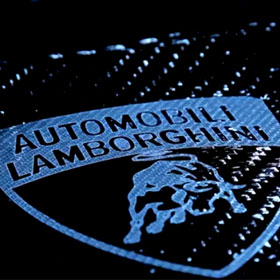 The beauty of this Lamborghini video isn’t in fancy voice over or even reckless driving, it’s the ability of the video to capture the essence of the vehicle. Each one is meticulously hand made (according to the video) and then shipped to you after a talented Italian model/fighter pilot pushes your car to the edge and grants it acceptable to be sold. The production value is impeccable, the only thing we could ask for is a 0-60 run with a mic hooked up to the engine to showcase that v12!

Moving from high budget and beautiful production to something more modest is our transition to Facebook’s viral that introduces video calling. With the built in following Facebook has, it’s a little disappointing this video only garnered 200k+ views, but considering the production value and simplicity of the video it’s not completely surprising.

Dorito’s fleshed out a nice story with amazing production value, including special effects and music that rank this high in quality branded production. Unfortunately, it missed the mark with its humor and didn’t gain the amount of views they were surely hoping for given the work put into the video. Had they brushed up on the writing and made this more amusing we think it could have been quite successful.

Take note, other brands, K-Swiss knows how to garner an audience and how to make a viral video. Their no holds barred approach has earned them nearly 700k YouTube views despite the fact that the video is unlisted. They have attacked the market with their hilarious, yet NSFW video that has quickly gained the company respect from YouTube watchers. Viral isn’t always PC, but it sure can be effective.

Rube Goldberg machines fascinate internet audiences, that is for sure, but usually the advertisement is minimal and the genius behind the video is in the contraption, not how many ads a company can place throughout that contraption (as is the case with the video below). Honda, for instance, did its own Rube Goldberg device using only car parts from the vehicle they were advertising – now that’s impressive. They also made it short enough to keep from needing an intermission while watching it. Take note, you can make a video that’s too long and too branded: