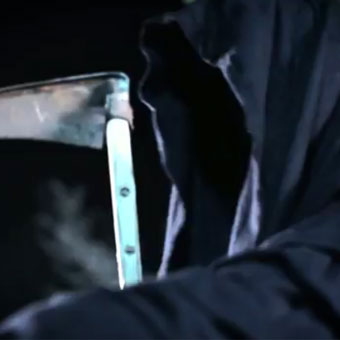 Car companies aren’t usually on the “daring and risky” commercial list, but Hyundai sure threw caution to the wind with this ad for their three door Veloster. It features a sudden and violent end to a female passenger who steps out of a car and into the path of oncoming traffic. There is a happy ending, however, and dose of humor with a live action grim-reaper starring as “death”. This was probably meant to be a broadcast ad and has now gone viral online – while it may be too much for tv, it’s mild mannered in comparison to other things on the internet. Overall, the ad is effective in its pithy and sticky messaging of this car’s unique feature, “two doors on the safe side.” 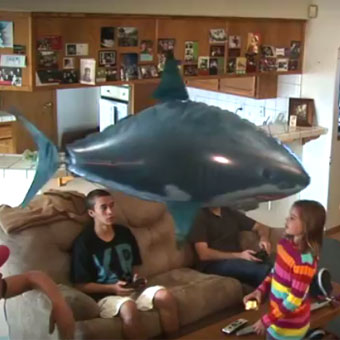 “Air Swimmers” are nifty floating blimp toys in the shapes of sharks and fish that scare little kids and cats alike. The best part of this video is the guy walking around in a wet suit with a snorkle and goggles on. While we aren’t surprised by anyone’s attire at the office anymore, it’s not the place one expects to run into a guy in full neoprene flying a helium filled shark – respect. This video has gained well over a million views and has been quite popular for a couple weeks, apparently people are fascinated with these cool little toys. Sales figures remain to be seen, but it’s safe to say this video has successfully and efficiently launched the brand into the wild. We are hoping the next version comes with operating jaws… Air swimmer, fetch me a beer! 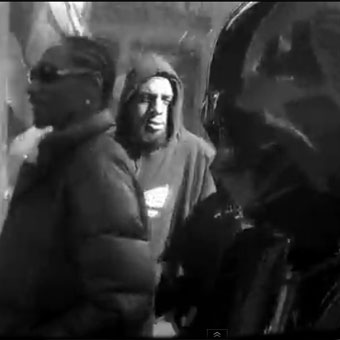 It looks like everyone is hopping on the Star Wars bandwagon nowadays. This Adidas viral, with a very generous amount of opening credits, is debuting the new Star Wars collection of apparel they are releasing. They’ve teamed up with Snoop Dogg (who has been in a lot of Adidas commercials lately) and gone to New York to debut the new items. This video has been moderately successful, probably because of the celebrity name and attachment with the Star Wars franchise, but it is not a well executed ad. It’s lacking clever writing, has inconsistent production quality, and it is mostly composed of gimmicks to garner attention. There was potential here to create a really unique viral, but instead this ends up looking more like a documentary full of product placement. 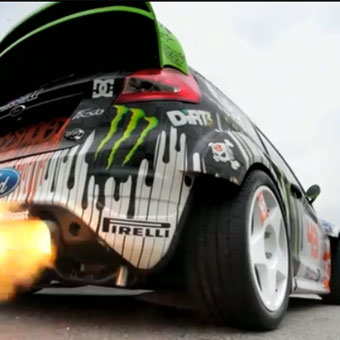 YES! We welcome you back Ken Block. Your history of making some of the most entertaining YouTube videos ever will make you a staple in our blog as long as you continue to produce your automotive gold. This particular Gymkhana video is located on the Universal Studios back lot; anyone who has taken the tour will immediately recognize the landscape. Unlike the past three Gymkhana videos, this video features special effects, which is a departure from the norm but fits with the Hollywood theme. Like his previous videos, there is no shortage of gratuitous product placement shots that largely go ignored because of the jaw dropping driving slipped in between the blatant ads. One thing Ken Block hasn’t done with these videos is try to hide the advertising; in fact, he makes viewers aware of them, and yet they still watch them because the quality of the video is so high. There is even a level of humor achieved in the degree of acknowledgment. At the time of this writing the video has 1.5 million views, that’s up 700,000 views just today! If Ken Block ever needs to write comedy into his driving videos we are up for the challenge. 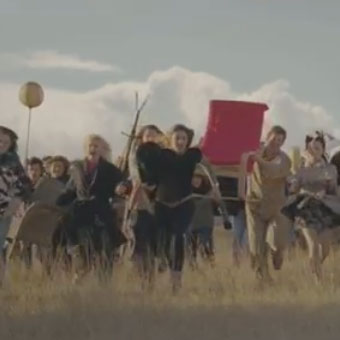 IKEA is the newest company to venture into the viral space with this spoof of the classic film Braveheart. The ad stars an army of people fighting, not the English, but the boring. William Wallace has also been replaced with a young housewife, albeit with similar hair. As the angry mob attack their houses with exciting IKEA furniture, the video gets pretty funny… though I have to say, the ad might’ve been better if it were IKEA’s parody of the shopping stampedes that take place at their stores (where I thought they were going for the first 30 seconds). While the video has not received an enormous amount of views as of yet, there is a lot of potential here…