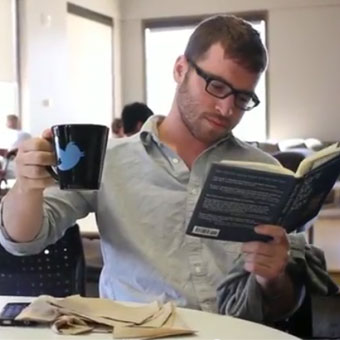 For being a huge internet presence Twitter has done surprisingly little in terms of advertising. This simple but poignant video is less of an ad and more of a funny conversation piece with Twitter as the center of the conversation. There is a lot going on in this video under the surface. Twitter is saying that their service is a great way to communicate with people, it is used by so many people that things such as giving a heads up about an earthquake are actually useful, and that Twitter is an effective way to spread information quickly. Twitter should keep producing small videos like this that aren’t laugh out loud funny, but get a point across with some humor. The view count is pretty low right now, but with continued writing improvements and a well known name, Twitter could start producing as successful virals as Google. 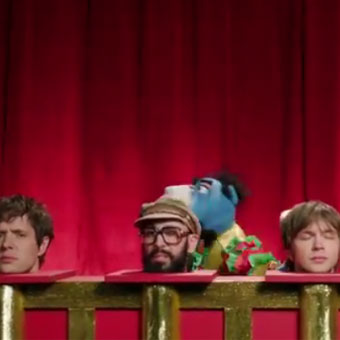 The Muppets and OK Go have teamed up for a fun and funny ad/music video that was created to promote the new Muppets Green album that has recently been released. The music video combines familiar elements from both parties. Portions of the video include revists to older OK Go music videos and scenes while the Muppets contribute their usual brand of humor and eccentricities. This is a family friendly video that has gone viral, gaining over 2 million views at the time of this writing. OK Go has a proven track record of creating memorable and subsequently viral music videos. They are also family friendly, which makes them a perfect fit to do such a fun video with Disney. 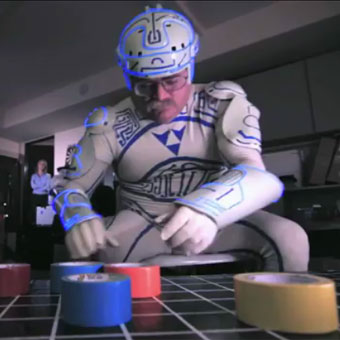 The Duck Brand of duct tape has created this viral, much in the way of Smart Water, trying to take advantage of well known YouTube personalities. They enlist the help of “Tron Guy”, famous for making his own Tron suit and featuring it on YouTube. Now, in the recreation of a Tron (the movie) scene, duct tape replaces motorcycles as the stop motion race between red and blue tape occurs over a large sheet of black graphing paper. At the time of this writing the video has 120k views after two days and has potential, based on the Tron Guy cameo, of gaining several 100k more. The payoff is disappointing, however, and the ad would have been better suited with trying to play off the Tron Guy’s image a little bit more. Still, the stop motion portion of the video is amusing and well executed. The creativity involved with the concept of this video is also deserving of a thumbs up. But we never did find out who won, red or blue? 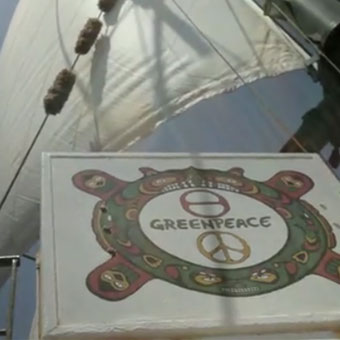 Greenpeace has created an inspirational ad with a call to action for people watching it to donate money to help rebuild a new ship, called the Rainbow Warrior, because their current ship has taken such a beating that it needs to be retired. They use a powerful soundtrack and booming voice over juxtaposed to images of what the original Rainbow Warrior was able to stop or witness. Based on the production value of this spot, why didn’t they put some of the money they spent on the ad and put it towards their ship? Granted, it’s not going to be a cheap process to build an entire new vessel, but the question still stands. The viral has a modest amount of views, but if those who support this cause rally behind the ad, it could be a powerful way to generate conversation and spread the message. 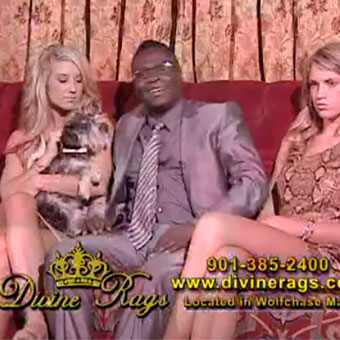 Divine Rags – “Opulence, I Has It”

The internet has a way of uncovering beautiful gem videos like this doesn’t it? Divine Rags, a clothing retailer in Memphis (according to the description) has created one of the more interested branded adds we’ve posted on here before. This looks like a local cable television advertisement, but it’s so ridiculous that we have to question if it was ever aired at all. Not every branded advertisement is a gem but they can still serve a purpose, such as for our amusement online. Thank you, Divine Rags (anyone ever question that oxymoron?) for amusing us this morning.