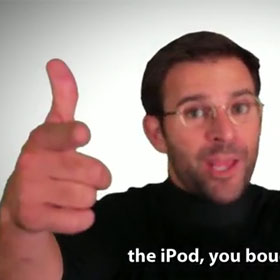 Jay-Z’s Black Album was both a sad and triumphant experience for hip-hop fans. The king, while at the top of his game, had announced his retirement. So it is with Steve Jobs.

The man who accomplished the unfathomable achievement of making technology sexy has announced his exit from the building. We found it only fitting to write Steve Jobs a proper exit anthem. Steve’s creations have inspired and defined a generation of computers, communication, and entertainment – we’ve all been influenced by him in some way, so to some degree we all are Steve… Now lets hope he takes after Jay and comes back.

This song was inspired by Jay-Z’s retirement anthem “What More Can I Say” – check it out here: