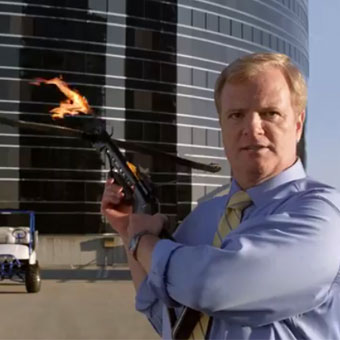 Playstations Kevin Butler, the character they use as the VP of gaming, returns to the Playstation commercial circuit in this new ad. Kevin Butler is a similar character to Kenny Powers (The MFCEO from the K-Swiss virals) but the outlandish and over-the-top personalities of these marketing persona’s seems to resonate well with online audiences. The Playstation ads with Kevin Butler are shown on broadcast media as well, however, and are not nearly as edgy as Kenny Powers K-Swiss virals. In fact, this most recent Playstation ad is more reminiscent of Old Spice ads (That minotaur line, for example) then of traditional Playstation gaming. They use more gamer jargon and have a faster pace as well. It is almost guaranteed that there will be more ads like this getting progressively more insane to ramp up the excitement around the holiday season and the influx of games that are released around that time. 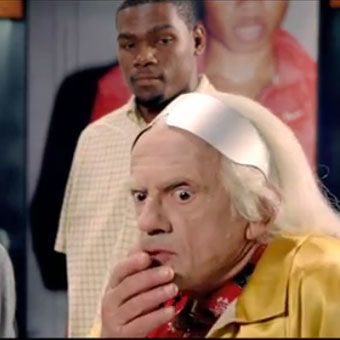 Nike – “Back From the Future”

The previous post, highlighted by a Gizmodo article revealing the reason behind the Nike/Back to the Future collaboration, is corroborated in this most recent video. Right now there are about five of these Nike ads that are
going viral. While it is unusual for us to post back to back ads by the same company, the cause they are promoting is worth supporting our end as well. The ad itself is pretty good, sans Kevin Durant and a horribly cheesy pun (he made like a tree and left *shutters*). Christopher Lloyd is as awesome as ever playing Doc Brown and Bill Hader is solid as the shoe salesman. The shoe, the Nike Mag, will light up for four hours, and is rechargeable. The shoe is officially on Ebay now, and according to the ad 1,500 pairs will be auctioned off. We wish Nike the best in their effort to raise money to find a cure for Parkinson’s and applaud their use of viral video in order to drum up interest in the cause. 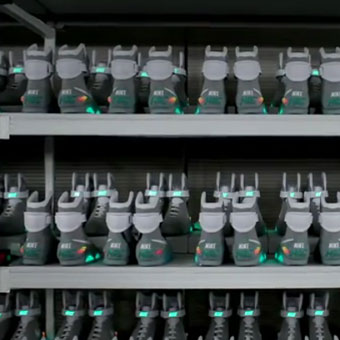 At first glance this commercial won’t make sense to a lot of younger viewers. Actually, at first glance this video won’t make a lot of sense to anyone who hasn’t read something about the back story attached to it. This video features a closet full of Nike Mags from Back the Future II, which the internet rumor mill has suggested might mean there is going to be a new Back to the Future movie. The video has earned almost 200k views in two days, so it’s been a good investment on Nike’s end as well. The ad itself is very simple; just a slow dolly shot through this room full of shoes, but that doesn’t seem to have stopped the buzz around it. This is not the only video that Nike has created with this same theme. A similar video features Doc Brown and the DeLorean crashing into a store front after appearing, in classic BTTF fashion, out of thin air. The store is full of the same Nike Mag sneakers. One other interesting thing to note is that the uploader of this video is “DocEmmettBrown88″. Sometimes the most popular ways to drum up interest, as seen by the marketing strategy of the new Planet of the Apes movie, is to leave the user guessing for something. As for now, we just have to sit back and wait for the reveal.

According to this Gizmodo article, the Nike Air Mags are real and being sold in limited supply to benefit the Michael J. Fox Foundation to fight Parkinson’s. 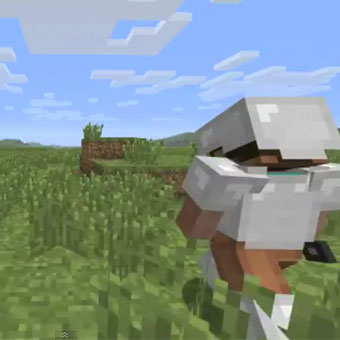 Minecraft’s newest update has been highly talked about for some time now and it looks like it is getting closer to being released. Even in today’s era of visually stunning graphical gameplay, Minecraft still seems to carry a heavy following of players thanks to its inherently entertaining style. The lovers of Minecraft continue to propel these gameplay trailers into viral status, with this video reaching 750k views in a single day. The video itself contains no dialogue, just a simple sound track with title cards, yet this does not seem to have diminished the popularity of this video. Sometimes all you need is a built in audience for videos to go viral, so start recruiting!