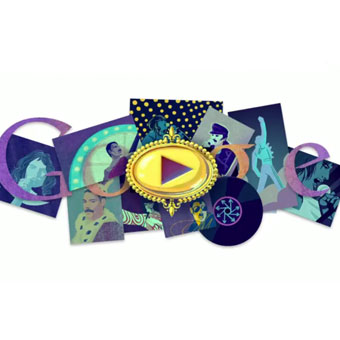 To help celebrate Queen’s lead singer Freddie Mercury’s birthday Google made a tribute music video for him using Google Doodle. The video has quickly gone viral (though the view count has been removed from the page) and there has been an outpouring of positive comments and “likes” for the video. Google is not known for making tribute videos, so they must really appreciate Freddie Mercury and his work with Queen. Through out the internet, Queen videos have seen a sudden spike in views as many have gone viral since Mr. Mercury’s birthday. The video itself is awesome. It features ridiculous elements perfect for internet ingestion such as aliens, tigers, and dancing bears. But also features quality animation and an image of Freddie Mercury participating in various activities, such as blasting off in a rocket and riding a bicycle. The video is set to the Queen song “Don’t Stop Me Now” and the up-tempo beat helps keep the users engaged throughout the whole minute and a half of video. 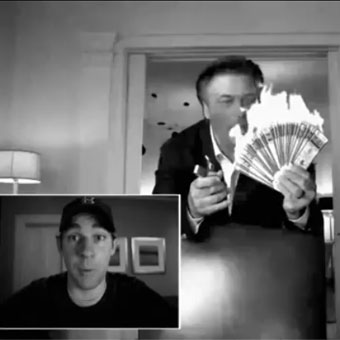 New Era has brought back the hilarious duo of Alec Baldwin and John Krasinksi in their newest commercial which features Alec Baldwin burning down his entire apartment building. The chemistry between these two actors is fantastic, and is what has made them so successful in the past. The sarcasm of Krasinksi and the suave, debonair attitude of Baldwin butt heads over sports, specifically the Red Sox and Yankees, resulting in laughs. This particular viral ends in such a way that makes us think “sequel”, where a new video will have the two living together. New Era will surely have a plethora of comedic avenues to explore if this is the direction they plan to take. A large, successful company like New Era has the budget to create beautiful videos like this one using high powered and well known stars, but in the past stars haven’t always translated to results. Fortunately, what sets this viral apart is its writing and acting, which are high quality. 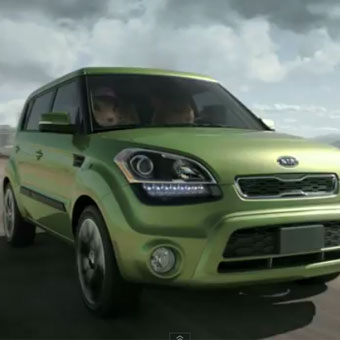 Kia has revitalized their CGI hamsters with this rocking viral starring a robot war that is disrupted by LMFAO’s “Party Rock” song and some fancy dancing hamsters in a Kia Soul. The CGI in the ad is well done, but what Kia has done really well here is capitalized on a top 40 song that is currently blowing up the radio. By being timely, Kia has amplified the potential of their virality. The dancing and use of hamsters, robots and laser battles is pretty viral as well. At the time of this writing the hamsters have gained nearly 600k views in four days and will likely gain even more as the sharing of this video continues.