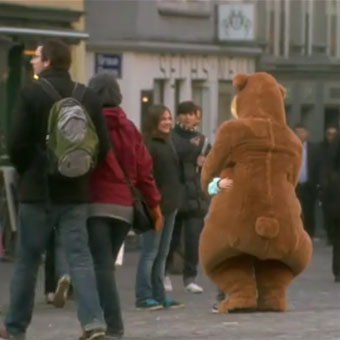 Pull out your tissue’s  because this ad is a tear jerker. Pro Infirmis, a Swiss company that specializes in helping assimilate disabled people into normal life, worked with Jung Von Matt/Limmat, a European ad agency, to produce this emotional spot. The song, “The Funeral” from Seattle based rock group Band of Horses, is touching and poignant, making this viral ad even more powerful. The ad is simple, as the best one’s tend to be, and involves a simple request: bear hug? After some initial skepticism from the crowd, people decide to go in and get a little closer, to give and receive a hug and continue on with their day. It’s a simple action that results in a powerful reaction and begs the question, don’t you just want to be hugged sometimes? This ad is particularly notable because it seeks to give disabled individuals an equal playing field in everyday life, but they aren’t asking the general population to do anything more than treat everyone the same. It’s a simple request that is hard for many to do, we can only hope that watching this ad plants a seed in the viewers mind and, if presented with a situation they would originally have been uncomfortable with, helps them overcome their previous feelings. 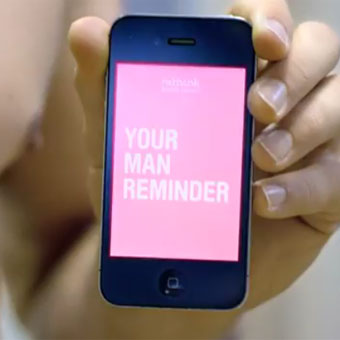 October is breast cancer awareness month. If you’re a fan of man breasts this video is for you. This viral is for a breast cancer app, available on both Android and Apple based phones, which allows women to look at hot guys while being shown how to properly check themselves for any irregularities in their breasts.  The best case scenario with breast cancer is early detection – if you need a daily reminder, download this app to make the process a little bit more interesting. 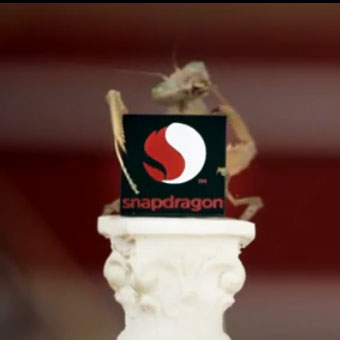 Come one, come all, to see a show unlike any other! Qualcomm’s newest ad is a cute and viciously addicting display of the ultimate in green power: bugs. The premise is that a phone powered by Qualcomm’s Snapdragon platform can be efficiently powered by a mix of beetles, a tarantula, and a praying mantis, while still being very powerful (illustrated by the phone’s ability to control the bug canon). This spot shouldn’t be taken literally.  For example, the praying mantis is not riding that bike – sorry to spoil Christmas. One of the pertinent questions about this ad: what did they use to shoot the beetle out of the canon, without blowing it up? Some things we may never know. This ad hasn’t garnered many views, which is unfortunate considering how good this commercial is. This isn’t the first, and won’t be the last time we see this happen, however. 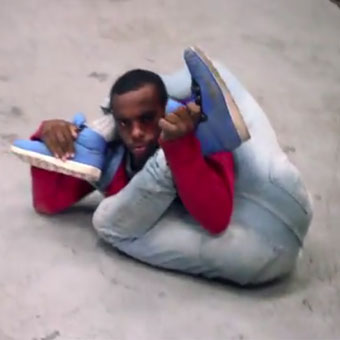 What we have here is a pretty awesome, though under-viewed video from ASOS Fashion. The video is currently unlisted, which could explain why it never really caught on (at the time of this writing it has under 70k views). Also, the video runs a little long at four minutes, which is just too long for this type of video. That being said, the dancing in the video is legit and showcases some very talented people. This ad has no dialogue, not even voice over work, but the dancing and remixed soundtrack do a good job of keeping a narrative without a whole lot of inherent structure. The camera work in this video is pretty great, and it’s made to look like it was shot in one take.  Had it been a bit shorter, it’s possible it would have become a lot more popular. 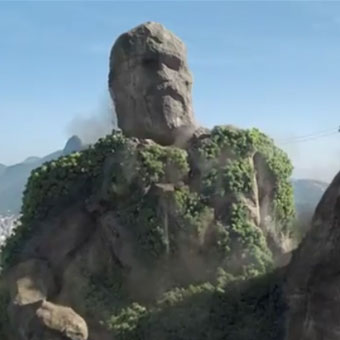 This CGI-rich Johnny Walker ad for Brazil is an interesting concept, but having it be in another language, even as dialogue free as it is, results in some confusion. The idea of a man coming out of the rocks and walking into the ocean as a way to tell Brazilians to “Keep Walking”, or keep progressing, reflects the idea many Brazilians have of themselves as a country of the future.  So, while this ad is essentially for Johnny Walker’s expanding liquor market and capitalization on a country that is showing growing increase in demand, it is also saying that Brazil is ready to live up to its potential.