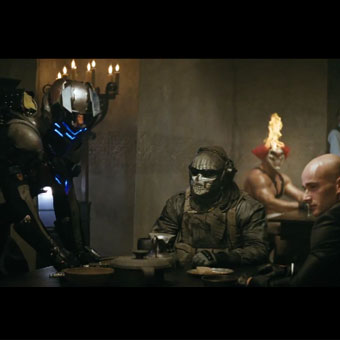 Playstation – “Michael” Playstation’s newest viral differs greatly from their last ad involving the reinstatement of Kevin Butler as the PS V.P., but this ad has gone far and above the view count of the previous ad. At nearly eight million views in just five days Playstation has leveraged their player base and the respective connections gamers have with their favorite games. Seasoned gamers will recognize many of the characters from this dramatic ad, including Solid Snake and Ghost (from Modern Warfare 2). What’s certain here is that the gaming community has a lot of power, and being a very connected crowd, they naturally facilitate virality with their online presence. It might be an assumption that gamers spend more time online, but the fact that gamers will share with other gamers’ material related to their interests is not far-fetched, especially if an ad is done as well as this one was. The costume design and CGI were pretty remarkable as well as the casting of the actors to look like the characters. The dramatic climactic “Omaha” speech segues into the amusing ending that reveals “Michael” as a smiley-faced gamer in a frame that is hung up by the toasting characters. It was a good twist to a solid ad and was a good conclusion to a creative spot. 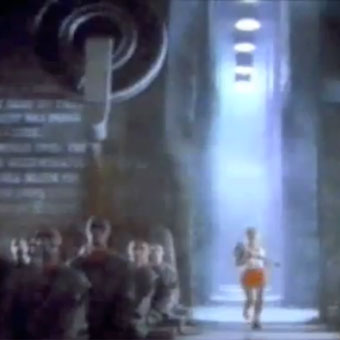 The classic “1984″ commercial by Apple has recently popped back to popularity with the untimely and sudden passing of Steve Jobs. For those of you who aren’t familiar, this commercial was directed by Ridley Scott (known for films such as Gladiator, Thelma and Louise, and Alien) and aired only once during Super Bowl XVIII on January 22, 1984. The commercial is loosely based on the book Nineteen Eighty-Four by George Orwell (which was later turned into a movie with the same name, also released in 1984). This iconic commercial announced the debut of the Apple Macintosh personal computer in stunning fashion. It seems only fitting that the many milestones of Steve Jobs’ life are returning to commemorate a man with such a phenomenal impact on life as we know it today. “1984″ is about destroying the norm, and taking down “big brother”, who, at the time of this commercial, was IBM. The video of the man yelling at the rows of feeble minded followers is destroyed thanks to a brightly color heroine, representing Apple. Some 20+ years later this is still one of the most celebrated commercials of all time. Thank you for everything, and rest in peace, Steve. 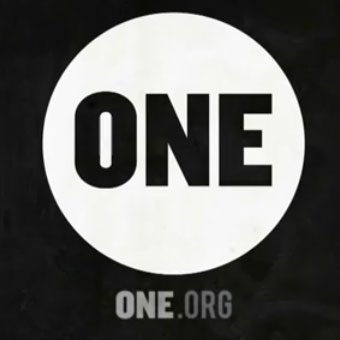 “Drought is an act of nature, famine is man mad.” Percolate on that quote for a moment while digesting the rest of this star-studded PSA for One.org. 30,000 children have died in the drought stricken horn of Africa. Statistics like that don’t require celebrity endorsements, but their show of support helps promote public awareness to such a dire situation. This video has received over 100k views in less than a week, proving that the internet is a medium that can’t be ignored for promoting a cause. Like the PSA we posted a couple weeks ago promoting the use of energy efficient means to bring sunlight to the darkened homes of  impoverished people in the Philippines, this PSA has gained a lot of attention based on the message that’s being sent. This is a serious issue, and with celebrity support shedding light on the plight of those in the famine-stricken areas we hope that people will heed the call to action and lend support to those in need. 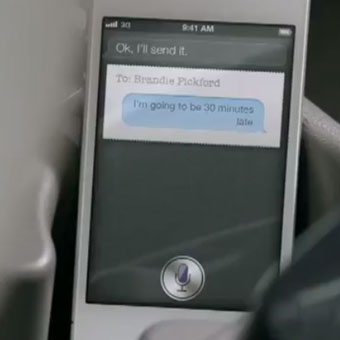 The wait is over! We have a new iPhone 5…oh it’s a 4S, okay! And it has a totally new re-desi…oh, it’s actually the same as before. Okay, It’s really fast though! And, as demonstrated by this video, has a new feature called Siri, which means you can now talk directly to your phone so that strangers can awkwardly look around your blue-tooth free ears to find out what you are doing. The highlight of this video, however, seems to be the accessibility for the disabled, such as the blind woman who is able to send and receive text messages thanks to the voice recognition capabilities of Siri. If the voice recognition is as good as Apple suggests, it could also be a safety feature for those of you who still like to use your hands to text and drive. 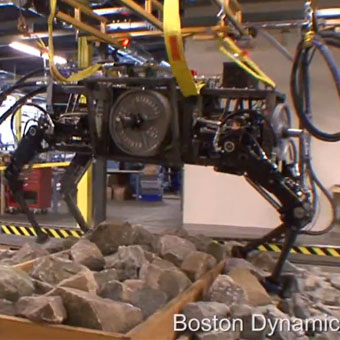 Almost a year ago Boston Dynamic’s Big Dog was debuted, resulting in a stir of fear and fascination from internet audiences who were creeped out by the headless robotic dog. Some of you may remember our parody of the original Big Dog video, which featured the “beta” version of the machine, but we can safely say that Boston Dynamics has done some serious upgrading to the Big Dog.  This is basically a demonstration video of the Big Dog in a controlled environment as it negotiates obstacles and real-world disruptions, such as flipping over. Concretely, this is a video which updates the many followers of this technological creation on its development and the probability of its release in the near future. The device is still very strange to look at, but it possesses remarkable balance and versatility. Can you imagine having that thing bust through your door in the middle of the night with a missile on its back and two machine guns strapped on either side of it? If Boston Dynamics change their name to Skynet, we’re getting steal plated front doors.