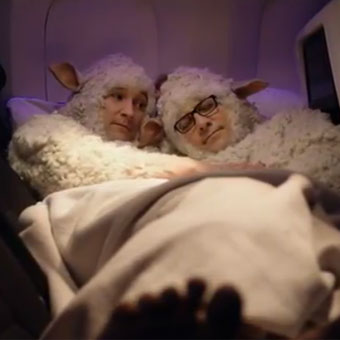 Air New Zealand is using these two inseparable sheep to promote their new “Cuddle Class”. In this ad, the question is asked ‘what do sheep dream of?’ The answer: Why, David Hasselfhoff riding on a toy horse, of course. It looks like Air New Zealand is going to be producing several of these sheep-twins spots to promote their larger economy class seating and the various amenities that the airline offers to passengers. At the time of this writing, this ad hasn’t caught on to the larger internet circles, but having a vintage celebrity like David Hasselhoff should be a great way to leverage this ad. Air New Zealand is taking a bit of risk here making such ridiculous ads, but they are pretty funny and if they catch the eye of the right blog they could blow up. 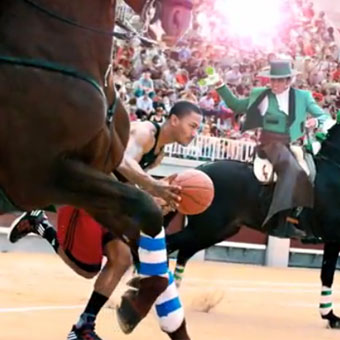 Adidas newest commercial features Derrick Rose as a “bull” avoiding a series of matadors and men on horseback while driving to the basket. With impressive ball handling skills, accentuated by some well placed slow motion shots, and a good sound track this ad is very entertaining to watch. It’s gone viral and currently sports 150,000 views. This ad is considerably better than the last Adidas commercial which featured Snoop Dogg and Darth Vader but with a minute long text intro it left much to be desired. Thankfully they’ve come a long way from that ad and we can sit and enjoy this one. 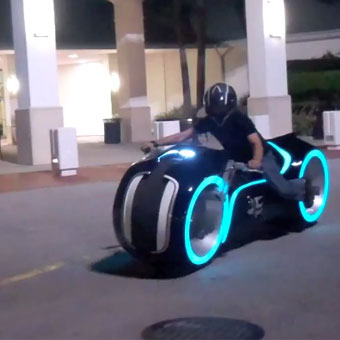 Parker Brothers Choppers, a custom motorcycle fabrication shop based in Florida, has created a full size Tron (as in the movie Tron) Lightcycle. They show it being driven around during the day and night as well as lighting up, which generates a fair amount of attention. The Lightcycle’s lights are powered by lithium ion batteries and a 96volt electric motor, but the radical body style’s similarity to the fictional vehicle is impressive. This video is completely user-gen, with shaky camera work and public locations. However, this does not detract at all from the subject of the video, the Lightcycle, which was interesting enough to generate almost a million views for this video. Not many companies are blessed with a product that is viral in itself, but those who do should take advantage of the internet and its power to freely spread information. 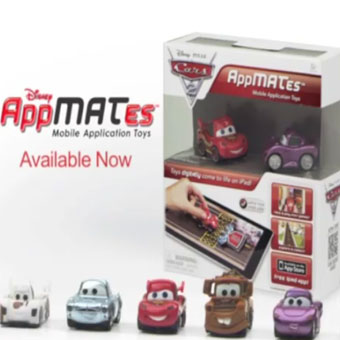 Disney has hopped into the viral spotlight with this app which enables a user to interact directly with  onscreen images using a device. In this instance the app is for the movie “Cars” and the device is a model of the car, which the player can use to drive and steer and play a game while interacting with the environment. It’s not exactly revolutionary, basically the toy is acting like a user’s fingers or hands would, but it’s an interesting concept and a potentially lucrative way to continue to make money off the one-time cost of an app. This video isn’t very interesting, but the product is, and that holds a lot of influence in the virality of this video. 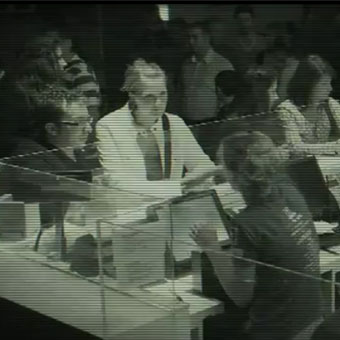 Belgian beer maker Carlsberg created this interesting ad which puts a couple in an awkward situation and challenges their ability to be brave and set aside prejudices. The couples that successfully conquer their fears are rewarded with a round of applause and a beer. There probably isn’t much to read into here regarding social commentary or stereotyping, it’s more likely a situation of Carlsberg saying that their beer is a beer for the bold and those who can sit in a cinema full of bikers are bold enough to handle their beer.