In our previous installment of The Edge we tackled the question “What Makes a Video Viral?” The first step we took in explaining the elusive “viral factor” was addressing the most common attribute of viral videos: view counts.

It’s useful when quantifying the success of a video’s view count, to do so relative to the rest of the videos on YouTube. Looking at the competitive landscape of video views on YouTube is actually a bit surprising. 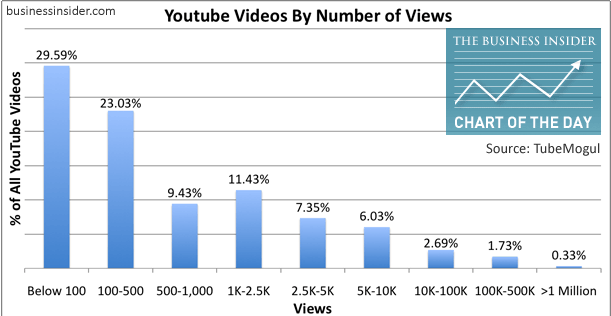 A reasonable way to define “viral success” for view counts is similar to how teachers define getting an “A” and that is performing in the top 5% of the class. Guess how many views you need to get to be in the top 5% of YouTube? 10,000. Probably less than you expected, right? Yeah. Kinda makes you feel better about your last cat video …

Most would say that a video with over a million views is without a doubt a viral success, but how common is that? It turns out that only the top 0.3% (take note of that decimal, folks) of total videos uploaded amass over 1 million views. The thing is, these views don’t tell you the whole story of virality.

That is precisely why we urged you to stay tuned for this second installment, so that we could properly explain: There is more to going viral than view counts.

Many people don’t realize that the true glory of the Internet lies in how interactive it is. It’s a better democratic system than our government (God bless America).

Feedback such as ratings, comments and subscriptions from viewers are very important metrics for ranking viral content. Surprisingly, only about 50% of YouTube videos receive any sort of feedback from “the community.” If content is king, then feedback is the kingdom. 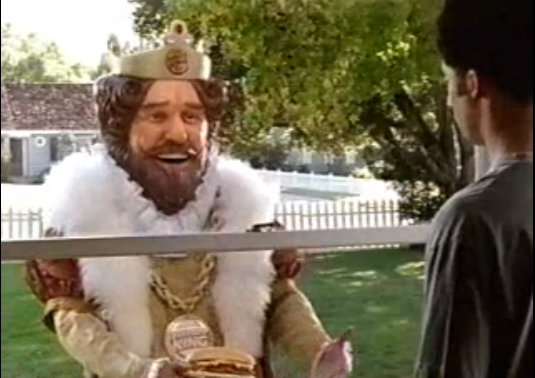 (Example of Burger King missing the mark with their audience here in their memorable but not so likable “Wake Up With The King” ads).

Comments and ratings are a direct representation of viewer sentiment. Nothing is easier to interpret than a thumbs-up.

When a video has been viewed, liked and commented upon, well now you’ve got something. In fact, you’ve probably got something worth sharing. This, for us, is where real virality happens.

Viral Video Chart is an esteemed and useful site that tracks … well, you may have guessed … viral videos. The site also happens to rank all uploaded content by the number of shares, not the number of views. Upwards of 300 shares in 24 hours will put a video in the top 100 viral hits of the day.

The site also tracks sharing over time, displaying past and current popularity as well as the number of comments and blog posts the video has acquired. Lots of videos get views, but like we said in the last blog, just because it’s been seen, doesn’t mean it was enjoyed. Sharing is a much more accurate representation of a video’s success.

When the content of the video is funny, true, interesting, likeable, laughable or quotable enough to warrant being shared, it strikes a chord with viewers and you’ve created something that people enjoy. It’s a blessed phenomenon … Have we mentioned we love the Internet?

And apparently we arent’ the only ones. Of AdAge’s top 100 advertisers, 98 have used YouTube as a marketing platform. Why? Because video is the most engaging platform on the web. The ability for viewers to interact with content has given Internet marketing the edge (see what we did there?) over traditional advertising in the last 5 years because unlike commercials, viewers choose to watch and even better, they choose to share.

We want to talk to you! Submit questions for future installments of The Edge at twitter.com/seedwell and let’s chat.